As a big Rupert fan I'm thrilled to have in my collection this pull out knitting pattern from a 1980's edition of Woman's Weekly. A Great-Aunt of mine used to get WW and she used to knit me some of the toys or jumpers that often featured as part of the magazine. Indeed the knitting patterns were no doubt part of the selling point of the magazine ( along with no small thanks to Roger Royle and the Robin Family ) It's something to note that you might be hard pressed to find a knitting pattern of any description in a contemporary general interest magazine aimed at the modern woman - even in perhaps the publications such as Prima that push the craft lifestyle choice to the reader. People just don't knit anymore - any why should they even bother to learn when it's cheaper to buy a mass produced garment shipped in from China. 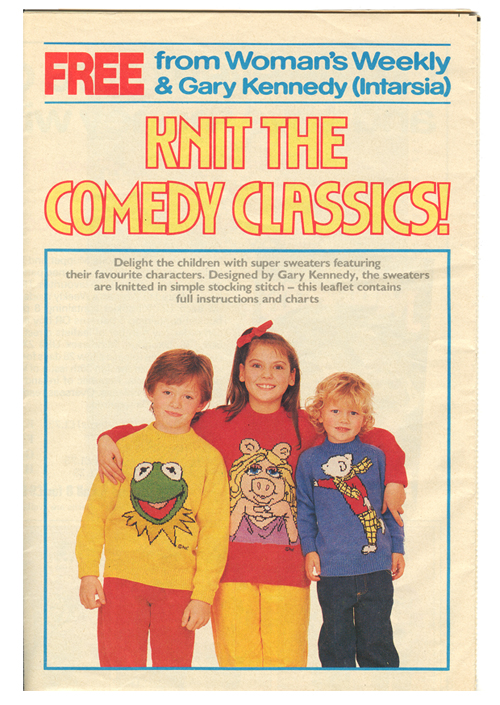 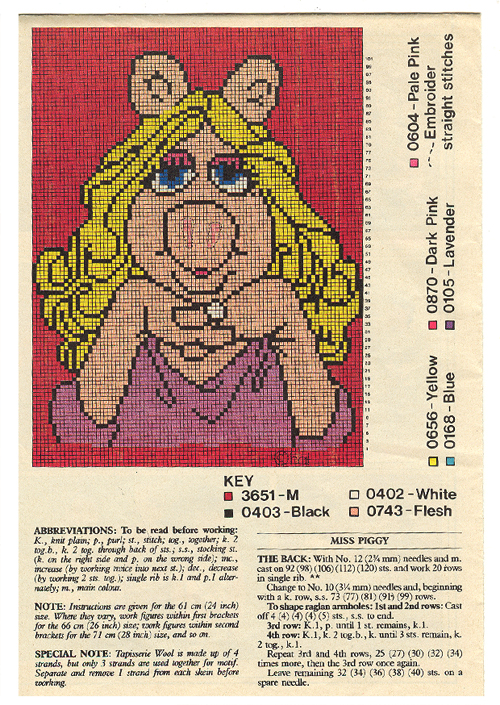 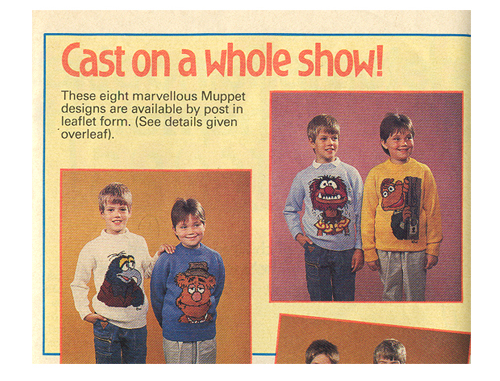 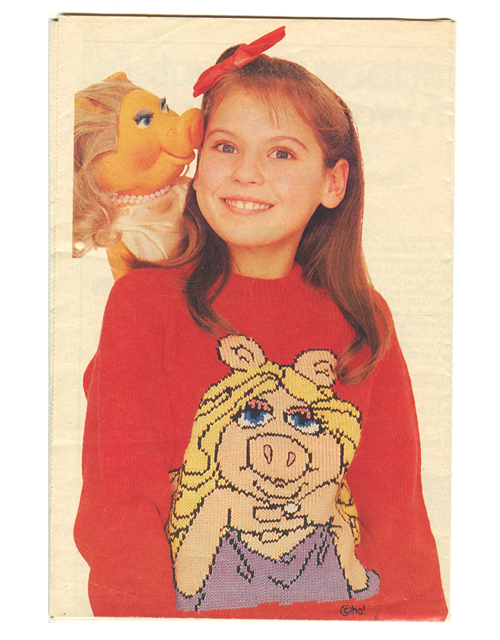 Anyway, I do remember this knitting pattern at the time of publication. As to the date I think I must have been just a little over the age for wanting to sport a Rupert or Kermit jumper despite a continued but perhaps more closeted love for Rupert as teenage years loomed. So I think perhaps Circa 1987 for this pull out. There is some comfort that the Muppets and Rupert still endure and delight as the years pass but almost as certain as the absence of knitting patterns in current woman's magazines I can bet that if someone were to knit these jumpers up today they would cost a pretty penny in such fashion emporiums aimed at the youth and would be sported with much confused post modern irony down Brighton's Laines and beyond. Or maybe I'm projecting a little here . . . .
Posted by Ephemeritis at 12:43 No comments: