Stopping By Pubs On A Summer Evening

When the dog days of July are over and the sun, without warning it seems, starts to wane towards the equinox, I think back to the days of my childhood and the late August summer holidays. I think of runner beans and woodsmoke, the absence of song from the exhausted blackbirds and the sudden twilight where there was once a long summer evening. As night descends, a melancholy scent fills the air from the tree leaves as they start to dry out before the decay. Not quite yet the crisper nights of early autumn; there is enough of the evening left for a pub visit on a late summer evening.  Somewhere in August 2011 a robin changes his song to his haunting winter notes and I'm taken back to 1980, with my family and we've stopped at a pub on the way home from a trip to Scarborough. Glasses of hock or shandy for the grown ups, lemon and lime for me and a bag of salt and vinegar walkers crisps, the green of the packet an echo to the verdant glory of the summer and a longing for the holidays to never end. Always at these country pubs the drinks would appear along with the necessary beer mat. Thick and dry or wet and pulpy, bright and bold and always scented - either fresh from the stack, wet and sodden with beer, or vaguely perfumed with the dried splashes of alcohol, they have always fascinated me.

I bought a carrier bag full of beer mats from a shop in Hastings one summer about 10 years ago. It was August and I was lamenting the long lost summers of the early 1980's. Many of the coasters are probably from the 1970's but nonetheless trigger those memories of childhood summers of the early 1980's. In the cultural landscape of the 1970's, percieved sexual prowess sold alcohol to men, or at least made the drinker feel more desirable to the female sex. For the brewery, connecting your product with the drinker's penis has to be a surefire winner.  For the woman ( or doe-eyed '70's "girl" ) it was about impressing a male archetype at a job interview. However, the emphasis was not on career - Babycham assumed that the girl wouldn't be power dressing in the prospective job. Non the less Babycham would gird her with the important wiles and common sense she was obviously lacking for a job interview. I'm not entirely convinced that many things have changed in the 30 years since these beer mats came into being - not least the methods of selling alcohol, but some things do change for the better. Stamped upon this printed liquor-ringed cardboard is a poweful glimpse of a past cultural landscape. In these textured gaudy pieces of cardboard we behold the power of the ephemeral item to convey and bear witness to a past time - and the ironies that only the passing of time and age can amass.

Aside from the almost charming and seemingly innocent playful sexism on these mats, I adore the tactile beauty of the offset registration and the patterns where the ink has half taken to the texture. Printing techniques like this ensured that no two mats were alike, much like a snowflake, and all the more beautiful  for their archived existence.

There are dozens of beermats in my collection and I'll show more in later posts ( there's a promise to keep ) but for now, here are 2 selected at random that take me back to the early '80's and  stopping by pubs on a summer evening . . . 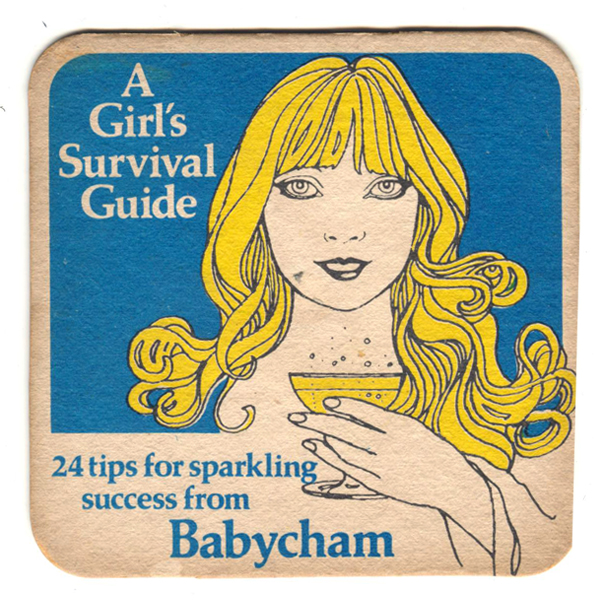 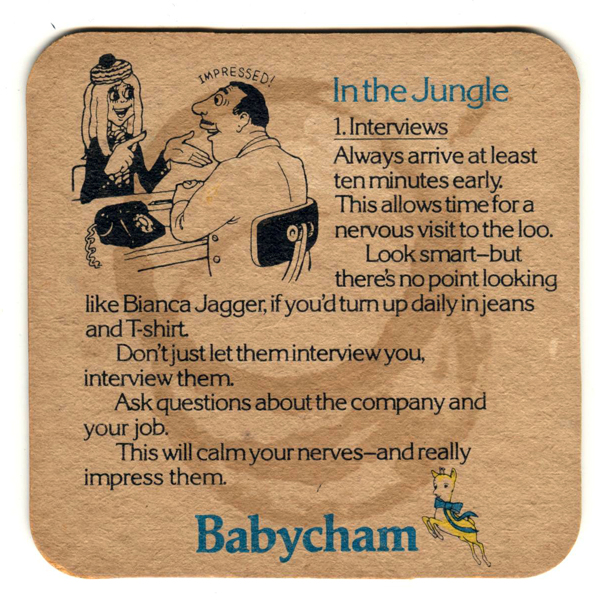 Posted by Ephemeritis at 17:06 No comments: